Counter-Strike is one of the prominent games based on the first-person shooter (FPS). The first version of CS was released in 1999 as a mod for Half-Life. The developers made numerous updates that saw the game developed from beta to a full release, redefining the gameplay aspects of FPS. One year later, in 2000, Valve adapted the game and enhanced the change of its status from the mod. That marked the rise of CS as a global esports leader and the fall of others like the Cyberathlete Pro League.

In 2012, Valve and Hidden Path Entertainment developed and released the Counter-Strike: Global Offensive version, taking the igaming industry by storm. Since then, there have been several iterations and updates, making it one of the most played games on the PC gaming platform known as Steam.

The game depicts two teams, namely the Terrorists and the Counter-Terrorists. Both have diverse tasks as they attempt to eliminate each other. The most common gameplay feature is Bomb Defusal. The terrorists have the task of trying to plant a bomb until it goes off. The primary mission of the counter-terrorists is to eliminate the terrorists or defuse it if its already planted. Teams from around the world usually attempt to demonstrate their prowess from different parts of the world. CS: Go has become one of the most popular esports games, with several tournaments held annually. The best thing is that it transitioned to a free-to-play version in December 2018.

Guide on how to bet on Counter-Strike: GO

One of the attributes that make CS: GO extremely famous is the simplicity that makes followers understand the content and know whats going on. The FPS feature makes it easy for every team to follow and know its objective. That makes it a unique e-sport for both new fans and advanced experts to bet on. Betting on CS: GO is easy as it applies similar rules like conventional sports. The most common gambling option is betting on the winning team. Other options include betting on how long the game will take before achieving in-game events. Every bet type that you chose will have diverse betting odds. Favorable teams to win will have fewer odds translating to lower win amounts in comparison to underdogs. Be sure that will reflect on odds differences.

Based on the sportsbook that you go for, the betting odds will be availed as either American odds or decimal odds. The former uses +(plus) and -(minus) signs to show how much you are likely to win or lose. The -(minus) sign shows how much you have to risk to win $100, while the + signs reps the underdog team and your probable profit from a $100 bet. The ratio remains the same regardless of the bet stake placed. On the contrary, decimal odds illustrate the total amount you can win; both placed stake and profits.

Outright winner odds are common among the fans that follow all the competitions held by Valve. That means you will bet on the team you think will win the tournament. It is straightforward and easy to follow on the progress of the team that you place your stake on when the competition begins. Odds will be lower for the favorite team to win. However, this type of betting is famous for international championships such as CS: GO Major Championships, where teams compete for cash prizes worth approximately $1 million or more.

Match betting is another option that you can choose. It applies a similar principle like outright winner betting. All you need to do is bet on the team that you think will win between the two on the specific stage of the tournament.

It is also possible to bet on individual rounds, commonly known as map betting. That means the odds have a higher likelihood of changing as the game progresses. Besides, most sportsbooks support handicap betting. That is when one of the teams is the favorite by all odds. The handicap option comes in place to help even out the odds.

CS: GO betting enhances the provision of betting on the correct score. However, this option is highly tricky. It would be hard to predict the correct scores on a 30-round tournament as chances are incredibly minimal. The last option is going for the Over/Under option. That entails betting on the number of rounds a match will last. For example, you can choose to stake that a game will last for 20 rounds. If it goes for 21 rounds, then you’ve won, and less than 20 rounds mean you have lost the bet. 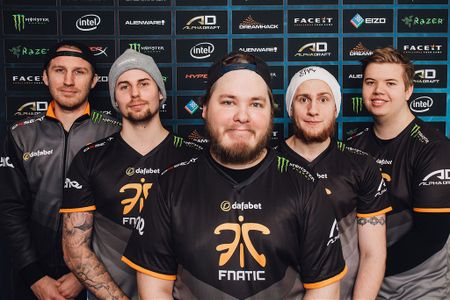 CS: GO events have attracted several teams from all corners of the world. Some have become popular and the fans’ favorite with huge followings. They include FaZe Clan, Ninjas in Pyjamas, Cloud9, Fnatic, MIBR, Astralis, and Virtus.pro.

Fnatic is an excellent team on the CS: GO competitions. In 2015, they had the most remarkable and successful adventure. Mostly made up by Swedes, they are among the top teams and remain on an upward trajectory!

Astralis is referred to as the GOAT rosters of all time. Also, know as the Great Danes, they have more than $8 million on their cash prizes. They have won four of the major CS: GO championships like ELEAGUE CS: GO Premier 2018. Of those, they won three consecutively. They are considered the most dominant team of all time!

MIBR are the new kings on the esports block, having been formed in January 2018. Within a short period, they have managed to be on 140 maps, 89 historic wins, and 49 losses, making them one of the teams to look out for. They have left a mark in significant tournaments like IEM, ZOTAC Cup Masters, Blast Pro Series, DreamHack Masters.

CS: GO has become highly famous in the esports industry. It is now possible to bet on your favorite team during match rounds and annual tournaments. Besides, what else would you want with an option of free-to-play?