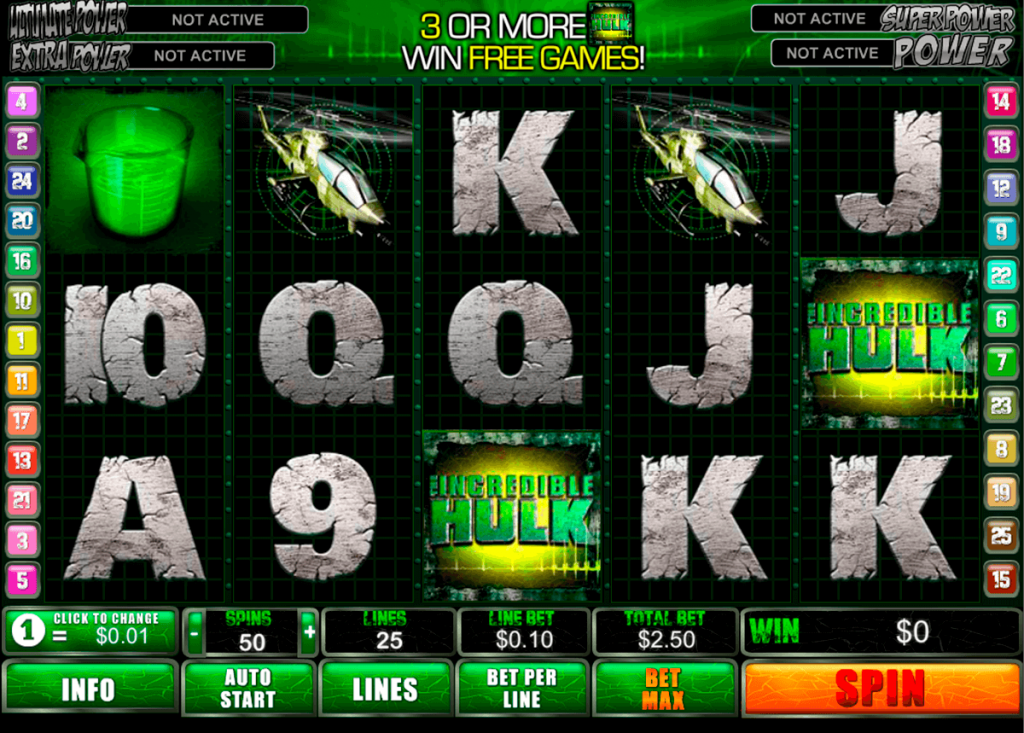 The Incredible Hulk has one of the highest RTPs in the case of slots. An RTP is a ‘Return To Player’ is a term used in casinos to refer to the money that goes to the player instead of the house. The RTP of The Incredible Hulk stands somewhere close to 96 per cent. That is pretty high compared to other slot games.

Progressive Jackpot: Just like all other Marvel games from Playtech, the Hulk game also offers progressive jackpots. A progressive jackpot is a jackpot that is incremented slightly after every game. This jackpot keeps increasing until someone wins. At this point, the jackpot resets to a predetermined, calculated value, and the process repeats again and again. Although it can be used solo, progressive jackpots are used usually when networked with other slots. This way, more people can play for an increasing amount that can be claimed at every moment, which increases the fun of the game. In this game, the lowest jackpot is called power and is generally worth a hundred units and the highest is the Ultimate Power, which can be in the order of millions. Extra Power and Superpower are among the other jackpots.